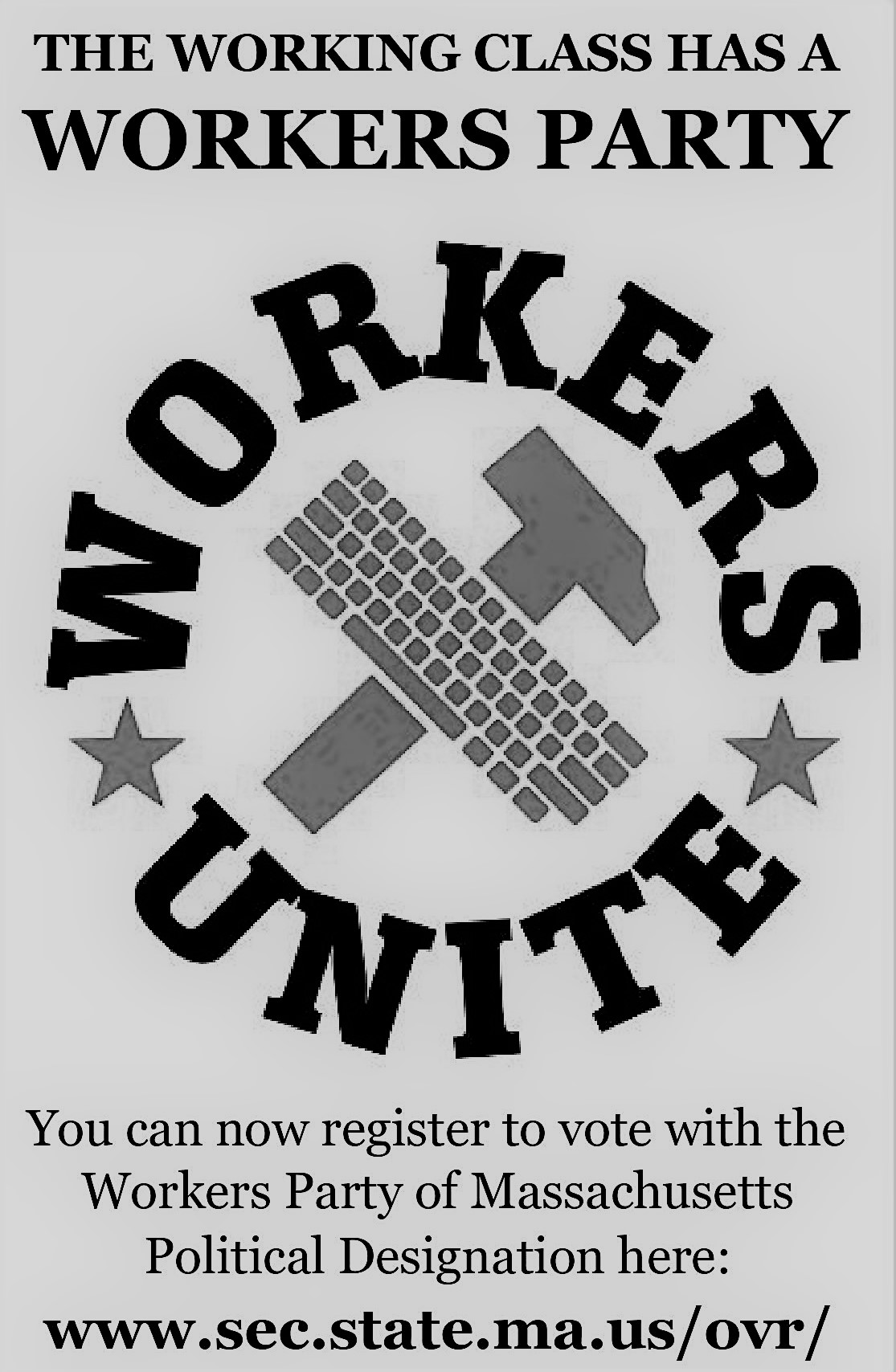 THE WORKING CLASS HAS A WORKERS PARTY

You can now register to vote with the Workers Party of Massachusetts Political Designation.

The capitalist class already has two political parties of their own. Both the Democratic and Republican parties are organizations built to uphold the capitalist system. The ruling class has differences amongst themselves when it comes to the specific ways that the working class should be exploited but they are united in their commitment to a destructive system that has outlived its usefulness. Until we develop a party of our own we will continue to be used and betrayed by parties that rule against our interests.

The working class needs an independent political organization of our own. We need a workers party that rejects capitalism and fights for a socialist future. A genuine workers party needs to rely on mass working class support, reject corporate money and influence, and use election campaigns to expose the true nature of the system and to build power in the streets. By uniting in political action around a revolutionary socialist program we can begin to build working class power.

The Workers Party of Massachusetts has taken a step in this direction with the establishment of our own political designation. This is the first step towards becoming an official party and allows Massachusetts residents to choose the Workers Party as their political designation when registering to vote. We plan to build off this achievement by creating a Workers Party Political Action Committee to support working class candidates across the state in the 2022 elections and using these electoral campaigns to expand socialist organization and build power in our working class communities. You can help today by updating your voter registration and getting in touch to build the Workers Party in your city or town.

Contact the Workers Party of Massachusetts to get involved or for more information: